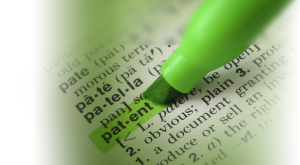 The Patent Box regime, which came into effect in 2013, makes it much more attractive for businesses to hold qualifying patents in the UK.  Indeed, with the ongoing reforms to the Controlled Foreign Company legislation regarding profits from IP, getting the best from the UK Patent Box regime will be increasingly important.

As well as the experience I have of advising clients on other patent box regimes in Europe, I have been actively involved in all of the discussions and consultation around the design of the UK regime.  This has enabled me to develop a deep understanding of both the policy objectives and the legislation.

The various qualification requirements in the UK regime will inevitably lead to challenges from HMRC in the early days.  It is important that these requirements are understood and the evidence of eligibility well documented in order to minimise these challenges.

Patent box regimes inevitably interact with other aspects of taxation, both cross border and national, and it is important that these interactions are understood and taken into consideration.

The OECD BEPS project included a review of Patent Box regimes by the Forum on Harmful Tax Practices. The results of this review were included within Action 5 of the BEPS project, with the final report published in October 2015.

Following that report, the UK Government made changes to the Patent Box legislation (in FA 2016) to ensure compliance with the OECD requirements.  There will be a transition to the new regime between 2016 and 2021. This graphic contains a quick guide to which bit of legislation applies to a particular scenario (references are to CTA 2101, Part 8A).

A French multinational was considering relocating some of its IP outside France and wanted advice on the Dutch patent box regime (which they were aware of).  I was able to advise them of the availability of other regimes and the essential requirements.  Eventually, the organisation decided to move its IP to the Netherlands anyway, as it best suited their business needs, however, they were able to make the decision based on a fuller understanding of the alternatives.